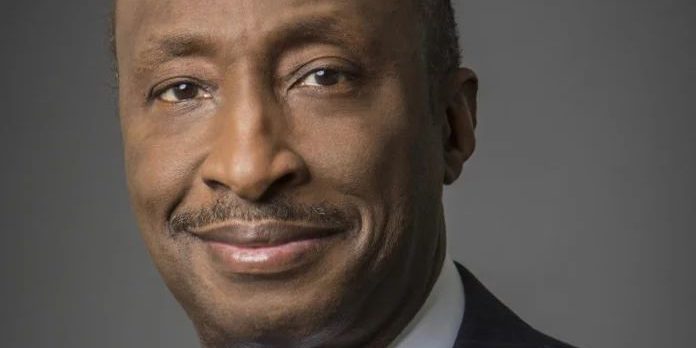 Politicians, government officials and pharma executives alike have been predicting a COVID-19 vaccine debut by year’s end, but Merck CEO Kenneth Frazier doubts that’s possible—and Merck has enough vaccine experience to know the obstacles ahead.
Instead, those who are promising vaccines later this year could be hurting the overall fight against the pandemic, Frazier figures.

In an interview with Tsedal Neeley, the Naylor Fitzhugh Professor of Business Administration at Harvard Business School, Frazier said officials are doing a “grave disservice” to the public by talking up the potential for vaccines later this year. There are massive scientific and logistical obstacles to achieving such a feat, he said.

“What worries me the most is that the public is so hungry, is so desperate to go back to normalcy, that they are pushing us to move things faster and faster,” Frazier said. “Ultimately, if you are going to use a vaccine in billions of people, you’d better know what that vaccine does.”

On the scientific front, Frazier brought up the fact that it typically takes several years or longer to develop vaccines. Merck won approval for its mumps vaccine after four years of research and development, a record, and it took five and a half years to score an approval for Merck’s Ebola vaccine.

In the last 25 years, pharma companies worldwide have developed seven “truly new” vaccines, Frazier said, and Merck was responsible for four of them. Scientists have been working on an HIV vaccine for decades to no avail, he added.

By talking up near-term vaccines, Frazier argues officials are enabling the public to ignore common-sense measures to slow the spread of COVID-19, such as wearing a mask.

And aside from the scientific obstacles, manufacturing and distribution remain an even bigger challenge, Frazier said in the interview.

Whenever Merck is ready to launch its vaccine, the company has committed to “broad, equitable, affordable access,” Frazier said. That means that “no matter where you are in the world, you should have access to this vaccine.” He cited an era of “ultra nationalism” as one obstacle to a launch, saying countries are more interested in securing supplies for their own populations than in prioritizing vaccines for people around the world who need them most.

The New Jersey drug giant publicly entered COVID-19 vaccine and drug research back in May, months after some of its pharma peers had started up their own programs or partnerships. In its quest for a COVID-19 vaccine, Merck partnered with nonprofit research group IAVI on a preclinical vaccine candidate based on the same platform used by Merck’s Ebola vaccine. The company also bought privately held biotech Themis for access to a potential COVID-19 vaccine developed by that biotech and its partner, Institut Pasteur.

Both of those programs remain in preclinical stages, whereas some of Merck’s biopharma peers are getting ready for phase 3 trials. Moderna, Pfizer, AstraZeneca and Johnson & Johnson are among the current COVID-19 vaccine front-runners.

Refusing to wear face masks should be as taboo as drunk driving, science chief says
7 lipca 2020

Recent Articles
FROM OUR GALLERY