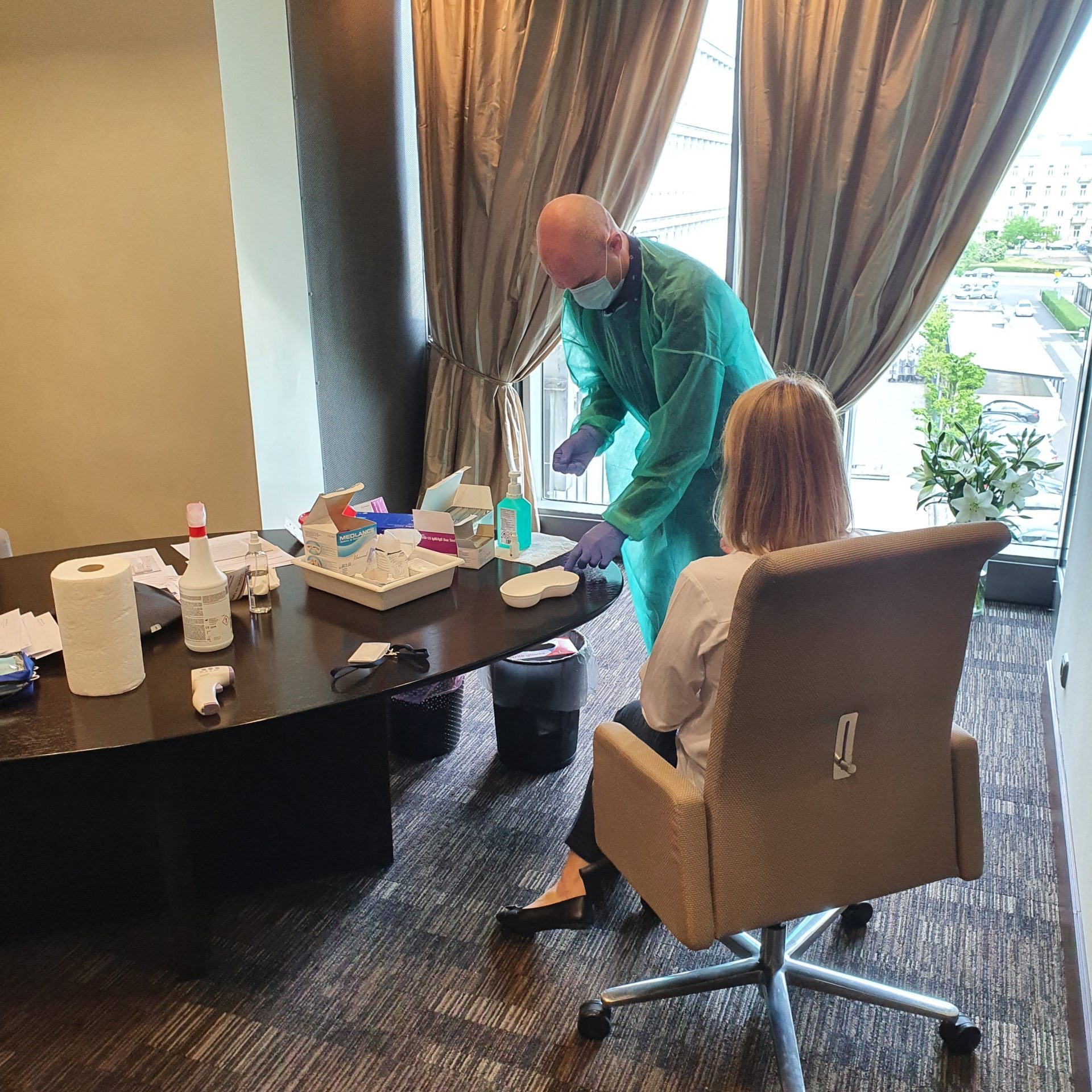 Greenberg Traurig has hired the former country president of pharma giant AstraZeneca to help reintroduce employees into its Warsaw office, as lockdown restrictions in Continental Europe start to ease.

The local outpost of the US firm has engaged Jarek Oleszczuk, who used to be country president of AstraZeneca for three years, growing the headcount of the company’s Polish arm from 500 to 1,800 employees. He currently works as a consultant for the firm epiXpert.

Over March, in the midst of the pandemic, Greenberg Traurig’s local managing partner Jarek Grzesiak and the office’s facilities director gathered to set out a strategy to keep the office open with a skeleton staff while preparing for a more consistent comeback one month later. At the time, about 90 per cent of the headcount was working from home, with only a few members from reception, support and IT still on premises. The office initially faced a shortage of laptops for assistants and paralegals, with these functions using their personal devices and a limited amount of borrowed hardware.

While setting out a strategy with Oleszczuk, the office decided it would gradually reopen from early May. Premises have been disinfected every two to four weeks. The facilities team ordered several thousand disposable masks, disinfectants and gloves, as well as contact-free thermometers.

In addition, to avoid the staff using public transport, the firm bought what is understood to be 20 to 30 parking lots in a Sheraton hotel near the office building in Warsaw, as well as employing a taxi firm to move lawyers who needed to come into the office.

To increase levels of safety, the firm set up testing capabilities, hiring an external physician to conduct both antibodies tests and PCR test that detect the virus in an individual’s saliva. The firm also agreed with employees to store data for future testing aimed at establishing how the overall resistance of the office has evolved.

The strategy concocted with the help of Oleszczuk was laid out in a lengthy document distributed to lawyers and business support professionals. Further measures refer to social distancing criteria when working with others in the same room, with the addition of partitions to separate each other.

A “one way” circulation directive has been imposed when walking through narrow corridors to limit the spread of the virus, with a limited amount of people allowed in cafeterias and kitchenettes.

Managing partner Grzesiak said the strategy allowed the firm to never close down the premises completely and to quickly get almost all of Greenberg’s 190 Polish professionals back in early May.

“Working from home did not pose significant issues but we found the offices serve a greater function,” he told The Lawyer. “Brainstorming activities were impacted by being so distant from each other.”

While in the first few weeks well above 50 per cent of the workforce came back to the office, by the end of May the firm achieved an almost 100 per cent attendance rate.

“It was a combination of common sense and experience. You need to convince people that your office is a safe zone,” he added.